Fr Ismael Zuloaga (CHN) was conferred the Luceat Lux Lifetime Achievement Award in March for his vision and leadership in making Xavier School the leading Catholic school it is today.   At the award ceremony held at Xavier School, Greenhills West, San Juan City, the Philippines on March 11, 2011, Fr Zuloaga, the school’s director from 1965 to 1985, was described as a true son of Ignatius, father to generations of Xaverians, and inspiration to the entire Xavier School community.

The Xavier School Board of Trustees gives the Luceat Lux Award to individuals who exemplify, to an outstanding degree, the Xavier Ideal of “men for others,” and who have made significant contributions to the school, community and nation. Past recipients include Charles Chan (’78), Fr. Daniel Clifford, SJ, Fr. Bienvenido Nebres, SJ, Abraham Go (’79), Miguel Tan (’66) Fr. Louis Papilla, SJ, Atty. Bienvenido Tan, Jr., Mrs. Jenny H. Go, and Sch. Richard Fernando, SJ (+).

A Spanish Jesuit, Fr Zuloaga was Xavier School’s longest serving director.  He became director on December 22, 1965, taking over from Fr. Jean Desautels SJ, who had founded the school 10 years earlier.  Fr Zuloaga had gone to the Philippines as a seminarian as part of his preparation for joining the China mission.  However, when the communists took over China, he was unable to go and so continued his formation in Baguio, where he was ordained on March 18, 1957.

Fr Zuloaga was instrumental in Xavier School becoming one of the country’s leading Catholic schools for boys, ministering primarily to Chinese Filipinos. He established a tradition of excellence and innovation that continues to this day and his major contributions include Xavier School becoming in 1971 the first basic education school for boys to be granted PAASCU accreditation, an official status of excellence that the school has continued to achieve. In 1973, he introduced Individualized Instruction, a daring innovation in education that promoted not only a pedagogy that recognises the uniqueness of every student, but also the Jesuit principle of cura personalis.

In addition, he strengthened the community by institutionalising greater involvement and collaboration among the different stakeholders of Xavier School. He championed lay collaboration in education andappointed the first lay female administrator of a Jesuit school, when Ms. Jenny H. Go became the Grade School Principal in 1967. Fr Zuloaga also established the Xavier School Parents’ Auxiliary, solidifying the partnership with parents who he considers the primary educators of their sons. He also formed the Board of Trustees and revitalized the alumni association.

Arguably his most enduring legacy is the Xavier vision of producing graduates that are “Men fully alive, endowed with a passion for justice and the skills for development”.

After serving as Xavier School Director for 20 years, Fr. Zuloaga focused his efforts on his mission to China. He was designated Father General’s delegate to China, and in 1992, was appointed to the Jesuit Conference for East Asia and Oceania (now the Jesuit Conference of Asia Pacific), which he served as President for 12 years until 2004. Following in the footsteps of Matteo Ricci, he approached his mission to China as a “dialogue of culture” and set up a new Jesuit mission in China for the third millennium by supporting Chinese priests and religious to study in Manila, raising money for social projects in China, and establishing two now thriving China centres in Beijing.

At the end of his term, when asked what awaited him, he replied, “I’m ready to start the new mission.”  That mission took him back to Xavier School.  At the invitation of his former student and current director of Xavier School, Fr. Johnny Go, he returned to Xavier School, becoming Chairman of the Board in time to lead the Golden Jubilee celebrations from 2006 to 2007. Today he continues to provide continuing formation to alumni and parents in his work as head of the Development and Alumni Relations Office set up in 2007.  He established the Xavier-Kuangchi Exemplary Alumni Award to recognise and hold up as role models Xaverians who exemplify the Jesuit ideal of men for others. The school has since honoured 15 outstanding Xaverians.

Fr Zuloaga’s strong sense of community extends beyond the Chinese-Filipino community of Xavier School. He sought out Chinese Filipinos, offered scholarships to poor but qualified students, worked to continue the development of the Aeta settlement in Porac, Pampanga, and since 2009, the scholars of ERDA Tech.

His passion and belief in community inspired and is making the vision of Xavier School Nuvali reality.  In this new campus, Xavier School hopes to create a more integrated community, where 25 percent of the student population will consist of scholars who would otherwise not be able to have a Xavier education. As chair of the fundraising committee, he led a successful campaign to finance the first phase of the campus development.  He is now working hard with the Board members to build the Xavier School Education and Trust Fund (XSETF) to realise the dream of a more accessible Xavier Education when the new school opens in June 2012.

To view the tribute video shown at the award ceremony click on http://fb.me/XrQx4AJe 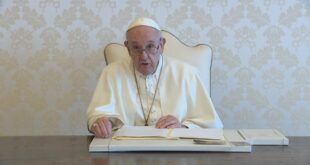 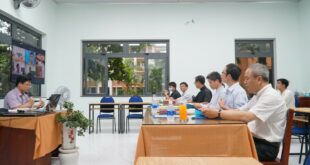 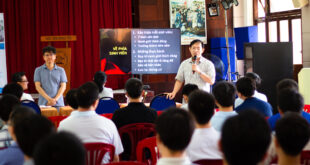 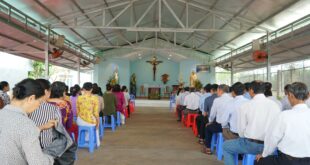 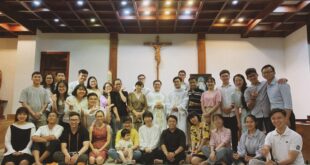 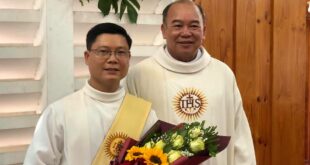